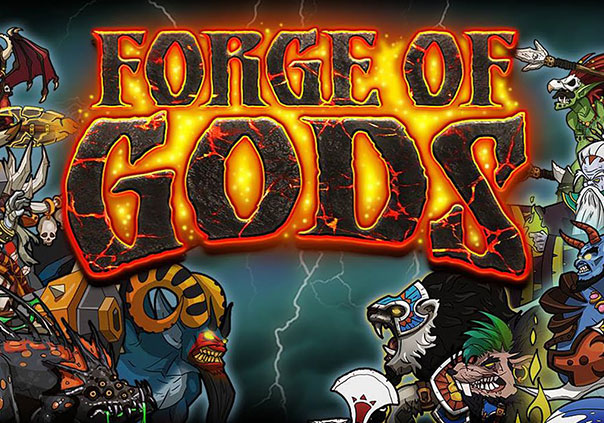 Don’t just become a god… create and collect them in Forge of Gods, a multiplayer strategy-based RPG by Panoramik Inc. Players can collect and train many monsters and assemble a powerful team to burst through hordes of enemies in this thrilling, addictive and fast-paced game.

Utilize the game’s “rearrange and move” battle system to tactically move across the battlefield with ease, and enjoy over 1000+ creatures to collect and select, each with unique skill and hundreds of upgrades.

Forge of Gods includes over 100+ locations to battle on, including towers, runes, and spawn points to fight and capture elite creatures for your army. Players can also enjoy great skill-based PVP duels against thousands of real players with rankings, streaks and tournaments.

A huge update is coming to Forge of Gods in the form of "Wake Up! FoG" that brings a new game mechanic, raid and more.

Forge of Gods has announced its Winter Party update for all platforms (Steam, Android, and Apple).