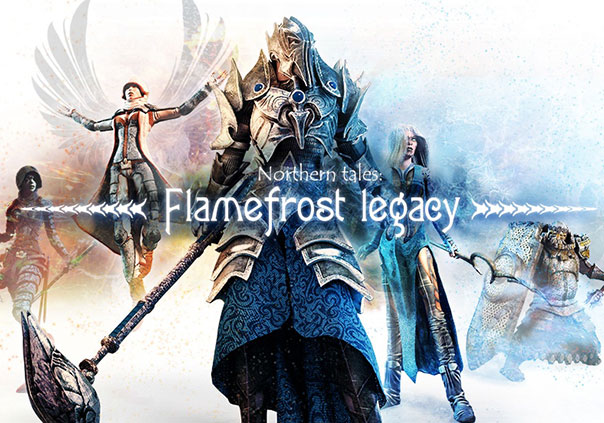 Flamefrost Legacy is a free to play d20-inpsired isometric turn-based browser MMORPG developed by Epic Dragon. In Flamefrost Legacy players can create a character from 4 different races and 3 different classes. Each race will offer different starting attributes that will make playing a particular class on them initially easier, but nothing will bar players from picking an unorthodox race/class combination.

Players will be able to explore the world through a series clicks, moving their character through a 2D pane. At approaching destinations other players, shopkeepers, and various other icons will become visible so you know what to expect ahead of time. Battles will take place on isometric battlefields in a turn-based fashion where which players will need to carefully choose their actions depending on what ones are available.

Travel Mode is also available which allows players to see a bird’s eye view of the world map, allowing them to relocate to a desired area in real time. This is where most of the roleplaying aspects of the game are played, involving other players, shopkeepers, and learning crafting skills which will help you acquire some of the game’s vast number of unique items.

Flamefrost Legacy also supports a wide variety of devices, allowing you to play on nearly anything with an Internet browser. So if you’ve got a yearning for some roleplaying-centric gameplay, grab your favorite device and log into Flamefrost Legacy!

Vindicator – A fighter from the north who is capable of wielding various melee weapons.

Wayfinder – A lone survivor and hunter in the wild, preferring to use bows and arrows.

Theurge – A religious cleric or miracle worker with an affinity for the magical arts.