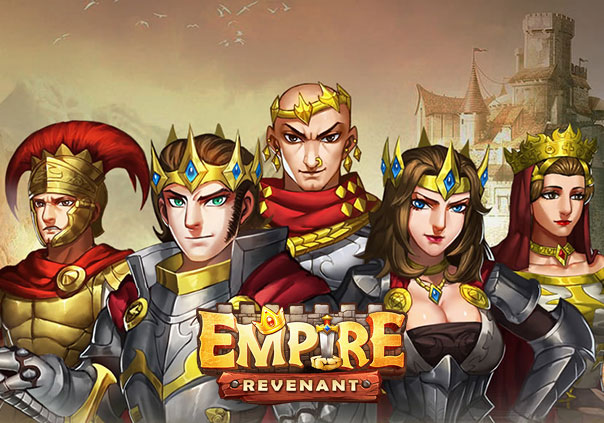 Empire: Revenant is a free to play browser strategy game developed by AMZGame that pits figures from ancient mythology and history against each other in epic, turn-based battles.

Battles can take place in either a PvE or PvP setting, also consisting of guild versus guild and faction versus faction conflicts. As you expand your army will grow, giving you new historical heroes to command and a constantly growing selections of weapons, armor, mounts, guardians, and unique skills to use. Completing quests and character-specific missions will help you become an even greater leader and unlock the true potential of your army.

You will need to make differing decisions as to how you want to take on your enemies as well. You might find it is a better strategy to simply defend your empire at times, whereas in other situations it can be more beneficial to react offensively and launch an attack. The choice is yours.

In Empire: Revenant your legacy will not simply be decided by your wins and losses. It will be decided by the magnitude of each of them as well. If you’re going to win, then do it in the most beneficial way possible and avoid vast losses. You choose how to run your empire and show the world you have what it takes to rule it.