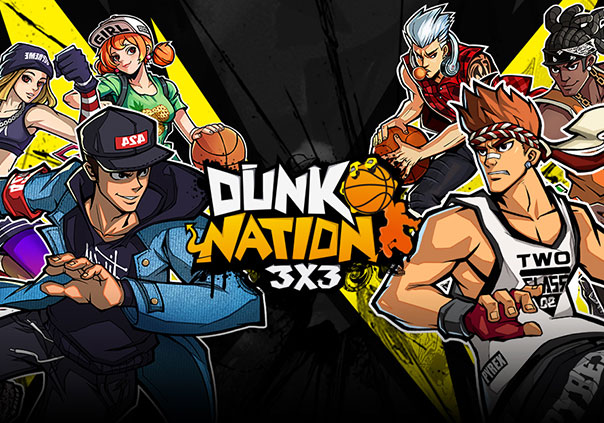 Dunk Nation 3×3 is a free-to-play mobile basketball game developed by Halcyon for iOS and Android where players can battle each other in fast paced, arcade style matches of half court street ball. In Dunk Nation 3×3 there are two main types of game modes that you can play: Career Mode and PvP.

In Career Mode players are set up with a series of challenge games to beat that increase in difficulty the further your progress. Games are split up into different chapters, and within each chapter the last game you play is a championship game. Beat the championship and you can move on to the next chapter. As you play you’ll also gain experience points that can be cashed in to make you a better basketball player.

In PvP Mode players can match up against each other in real time games with 3 players on each team. Pass, crossover, and shoot your way to victory with your team. As you win matches your rank will improve, meaning you will be paired up with higher skilled players, but also have to face even better opponents. If you want to play with the best, you’ve got to be the best! Put in time and effort like any sport and you’re sure to see results.

There is even an option to play alone so you can get some practice in. Making sure your shot and rebound timings are exact can take a lot of time to master, but you’ll reap the rewards of your exceptional reaction skills in real matches. It never hurts to prepare for upcoming matches or learn from your mistakes by practicing.

Square off against players from all across the globe and show them your basketball skills. Win matches, earn new outfits, and become just as flashy as your skills in Dunk Nation 3×3!