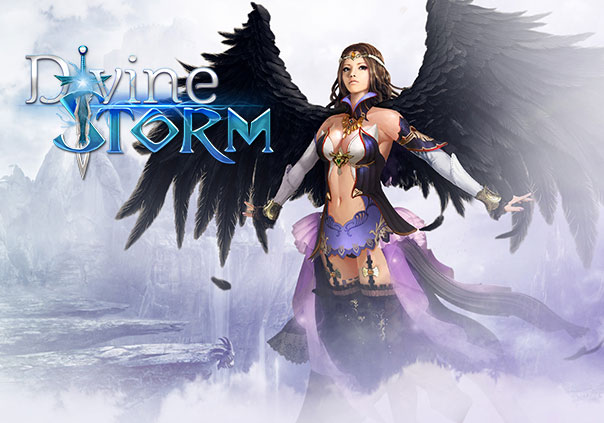 Divine Storm is a free-to-play browser fantasy MMORPG developed by Infiplay that can also be played through Facebook. In Divine Storm players can go on a quest to vanquish evil from the world as a strong Warrior, spell-casting Mage, or deadly Ranger.

Everything from ancient instance dungeons and treacherous bosses will stand in your way, but with your powerful skills they will stand no match. Unleash devastating combos to eliminate entire waves of enemies, leaving the rest cowering in fear of the justice you’re ready to bring them. Rotating your skills in battle and figuring out which ones have the most effective combos will push your combat potential even higher and ensure you can take on some of the toughest enemies you’ll face.

Don’t think you’ll just be fighting on the front lines nonstop either. Being a hero takes preparation, time, and every one in awhile a little down time too. By using different character systems like Costumes, Pets, War Souls, Artifacts, Mounts, Wings, and Relics you’ll be able to get yourself ready for any battle situation while making sure you look good when you’re out there defeating massive foes. These systems won’t just be handed to you though. You’ll have to work and grow even more powerful to make the best of them and really see their effects. If it just so happens you’re attention gets drawn elsewhere, not that a hero’s attention would ever be anywhere but on the task at hand, you can activate auto-combat mode to handle the brunt of the work for you.

Only the strongest adventurers will be able to overcome their obstacles and rid the world of evil. There are many foes, dungeons, and more ready to hold you back at every leg of your journey. Are you ready to take them on and show them what you’re made of?