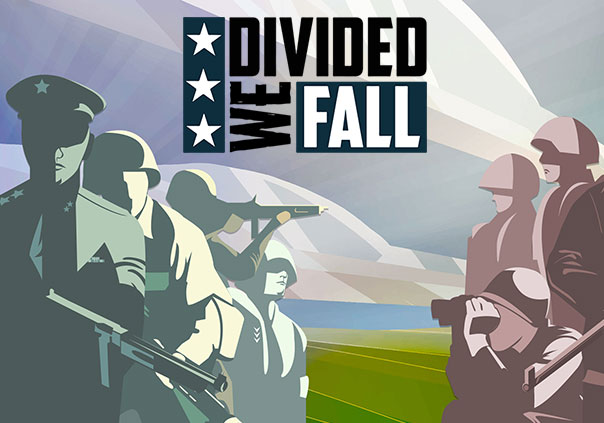 Divided We Fall is a 3D strategy game developed by KAVA Game Studio for PC, Mac, and Linux and is available for purchase on Steam Early Access. In Divided We Fall you can experience a game that emphasizes team-driven tactics and strategy set at various places in World War II. You’ll need to command your own squad of soldiers through different battles, creating well-planned battlefield tactics to ensure your victory.

Real-time battles can be waged in two different formats, being either 1 versus 1 matches or battles that can have up to 15 soldiers per sides (which ends up being up to 120 total soldiers). No matter what type of battle you prefer though, they will each require a good amount of planning, strategy, co-operation, and teamwork if you want to survive the wit of your opponent(s). If you happen to be the highest ranked player of a team you’ll be given the title of Commander, which will allow you to create an overall battle plan for your team by means of an in-game board interface where soldiers can be managed and given weapons. Terrain will be able to provide cover for your troops and ambushes can be set up by either side to surprise enemy troops, so you will need to think out your moves carefully if you want to avoid giving your opponents a battle advantage.

A clan system will allow players to exchange helpful info while trying to help each other win battles. Clan battles can even be fought where players can collectively climb through the rankings, leaderboards, and win competitions against other clans.

Whether or not you prefer to take on other commanders one at a time with your troops or participate in large-scale, strategic battles Divided We Fall has something for you. By working with your teammates, managing your troops effectively and creating well-thought out strategies you’ll find your way to success, but remember to not end up divided amongst one another. After all, a divided team is a team nonetheless and will fall together.