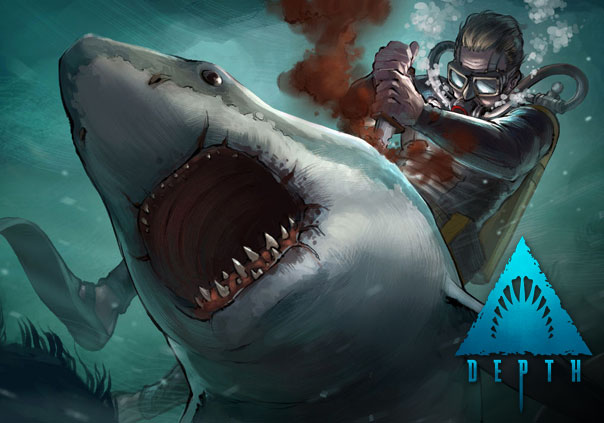 Depth is a 3D team-based horror game developed by Digital Confectioners and is available for purchase on Steam for PC. In Depth players can be part of a diving team or instead play as a Great White Shark that doesn’t take kindly to divers intruding in their murky waters. Tensions will rise as the divers frantically search for loot in the dark depths of the ocean while the shark hunts them down. Diver’s will be able to unlock new weapons and gadgets as they progress, whereas the shark will unlock new enhancements for itself and evolve into even more of a killing machine. In offline mode players can hone their skills against AI enemies before taking on other players in multiplayer matches. In a newly implemented multiplayer game mode, Hide and Seek, divers will hide from the sharks to avoid being killed. Once killed, a diver joins the shark’s side and will help hunt down the remaining players. Players will need to stay calm, cool, and collected if they want to survive in this heart-pounding horror game.