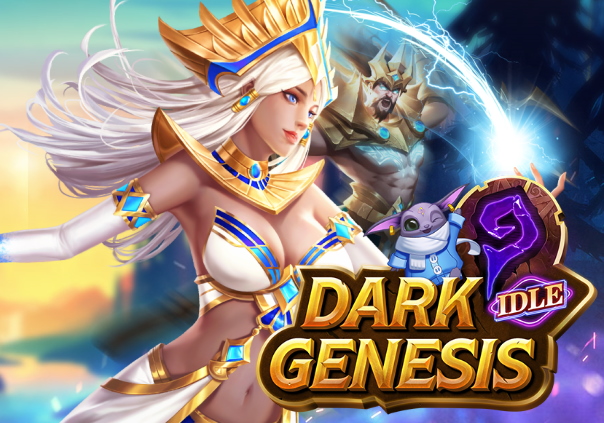 Dark Genesis is a free to play semi-idle role-playing game, published by Esprit Games. With offline progress, your heroes and kingdom will never become stale.

“Build a mighty citadel on a floating island, summon demigod allies, and save the world from destruction! Dark Genesis – is a dynamic MMORPG inspired by different myths around the world. You are the only one capable of ending a bloody war, returning the deities of old to their former glory, and uncovering the secrets of the Dark Genesis!“

► Idle and offline progress, so that you’re always getting stronger.

► Recruitable demi-gods to act as your heroes and avatars in a dangerous world.

► An island citadel to build and strengthen.