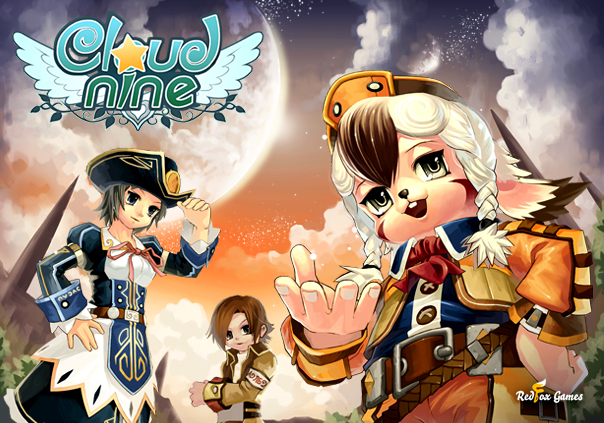 Fans of the original Holic can finally rejoice! Cloud Nine, which is known as Holic 2 in Asia, is the successor to the quirky anime-styled MMORPG. The graphics and gameplay features of Cloud Nine are similar to those found in the original Holic Online but have been upgraded considerably. Players will have the option to pick a second class, which will effect their character’s growth options. A monster card system allows players to tame any monster in the game, and even transform into a monster to participate in an innovative PvP system. Traditional PvP modes such as guild battles and faction wars are also included between the two warring nations of Primus Union and Ganav Libero.

Seneka – A highly intelligent race who have the same appearance as the gods. Their relentless pursuit of technology comes at the expense of nature, which has angered the Matsuka.

Koshare – The children of the Earth. The Koshare are fairy-like beings who are known as tricksters. They make excellent crafters due to their dexterous hands and insatiable curiosity.

Matsuka – Half-animal and half-humanoid, the Matsuka are brave and honorable warriors who are often found serving as mercenaries for the other races. They value harmony with nature above all else. This belief has caused conflict with the Seneka in the past and tensions remain high.

Warrior – With high health and defense, the warrior makes the ideal tank. Warriors take the battle to their opponents in closed ranged combat.

Monk – Highly disciplined melee fighters who are adept at controlling the flow of ki. They can take the roll of a tank or damage dealer.

Rogue – Cunning fighters who sneak up and attack their enemies from behind.

Hunter – Masters of the Bow. Hunters attack their enemies with speed and force, leaving their opponents dazed and confused.

Mage – Powerful casters with immense damage potential. They are vulnerable to physical attacks and must keep a safe distance from their foes.

Cleric – Supportive spellcasters who who posses healing and buffing spells. Clerics rely on other classes to defend them during battle.

There are a LOT of free MMORPGs on the market and in this 'Top best' MMORPG list, we'll be looking at the top 5 best anime MMORPGs.