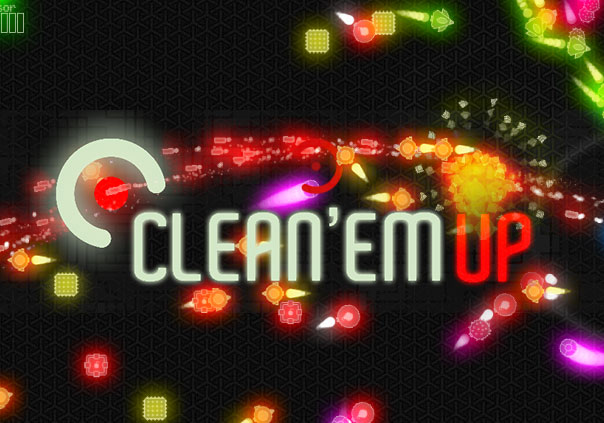 Clean’Em Up is a free-to-play 2D top-down shooter developed by Amidos for PC and is available for download on Steam. In Clean’Em Up a computer has been hacked and is under attack from various kinds of viruses and other digital threats that could compromise the entire system. Files are being infected and spreading the virus at an alarming rate, and even Sectors are taking damage. Only the Security Army and its team of antivirus can save the computer.

Clean’Em Up puts players in control of their own upgradeable antivirus in a neon-schemed top-down shooter. Your job is to seek out and destroy any and all viruses and threats, sometimes even having to protect files from huge bosses. Your player will be completely upgradeable, being composed of two different turrets of player choice and two different bodies with overclocking abilities and two different turrets of player choice. Furthermore you can use different upgradeable weapons that will help you survive large waves of enemies and upgrade those weapons to make them even stronger.

Using different upgradable weapons players will attempt to survive the huge enemies waves approaching from every direction. You won’t be able to just run and gun every single level down with the same strategy either. To effectively neutralize different kinds of threats you will need to approach each of them differently and use your weapon variety to your advantage. Bosses add yet another dimension to the game, giving you much larger, complex targets to try and take down on your mission for computer safety.

Remember that virus that took over your browser a while back, forcing you to factory reset your entire computer to get rid of it? Remember the rage you had built up inside of you? Release that rage on every virus imaginable, defend your encrypted files, and retrieve your stolen files in Clean’Em Up! 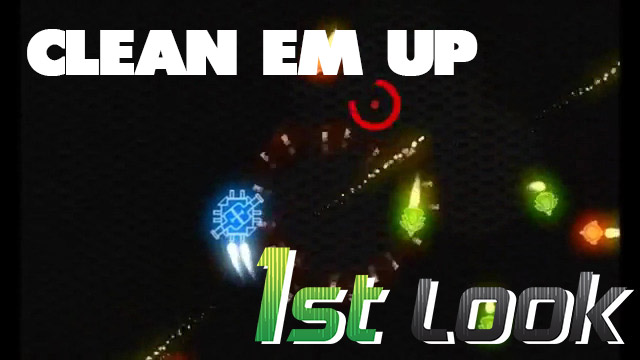