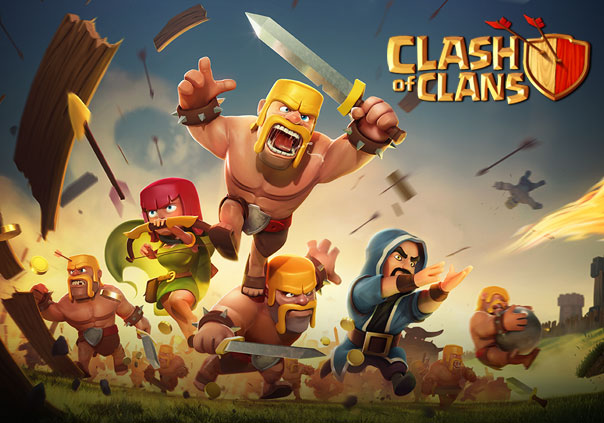 Clash of Clans by Supercell brings strategic base raiding RTS action to Facebook and mobile devices. With real progression, fantastic graphics, and competitive clans and leagues, Clash of Clans changes the way we are looking at mobile gaming. Kill time by conducting a few raids or really sink your teeth in by competing in leagues. Download Clash of Clans today, try your hand at managing your own viking base, and show all the other clan leaders who the best really is!

►Build your base, gather resources, and carefully plan your army as you prepare to tackle foes in an intense single player campaign or raid rival players’ bases to speed up your resource acquisition. Space is limited and expansions are expensive. Determine what you need most and choose carefully how much real estate you utilize on barracks, walls, defenses, and supplies.

►Clash of Clans takes a humorous approach to a mix of fantasy and Viking inspired units. The units you choose from are very diverse. With varying strengths, defenses, damage, and target priority, building the right force for each base takes real strategy.

►Join a clan and utilize shared units to defend your base while offline. Climb the league ranks by acquiring trophies from PvP base raiding to become a world champion. Make sure to take advantage of the battle recap system too so you can see how your base is holding up and make modifications for future attacks.

Supercell is devoted to keeping Clash of Clans balanced, relevant, and fun! As such they’re nearly constantly updating to keep the game fresh! If you’d like to see a full version history you can check their wiki here.

Players may purchase gems in game which allow them to expedite production of units and buildings. Certain buildings or troops may also require gems to build. Gems can be earned through gameplay via the achievement system.

In recent days it feels like every other game we see released on mobile and browser platforms are Made in China.

Clash of Clans: Welcome To The Builder Base