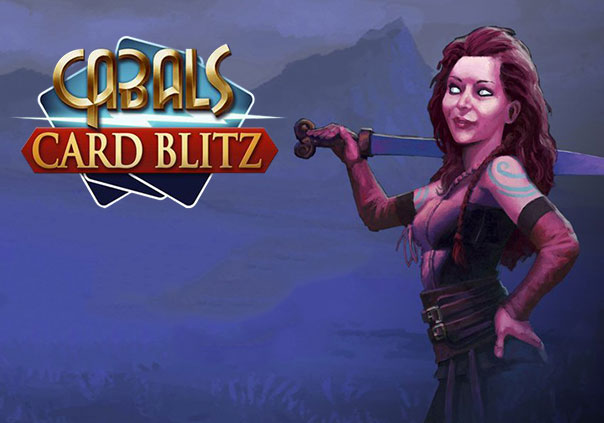 Cabals: Card Blitz is a free-to-play, deck building CCG developed by Kyy Games for PC and iOS where players can lead a team of heroes through an inter-dimensional portal to the strange world of Aea. In Aea occult magic and steampunk-inspired technologies are everywhere you look. Your task? Discover as many powerful cards as you can, build an impressive deck, and defeat any sinister creatures you come across.

Cards are hand-painted and each have their own unique powers and abilities for you to control. Only the best combinations will be able to defeat opponents, so you’ll need to adapt your strategies to the different kinds of foes you’re facing.

In battle your cards will be drawn from your deck automatically, fighting your enemies automatically. You’ll need to use your time wisely, watching your enemy’s cards to see what they have. After all, if you lose the battle you’ve got to fight the same enemy again to progress. Using your battle slider you can control how fast the action happens in every battle – whether you want to just get it over with in 30 seconds or slow the pace down as the action really gets heated to see what your opponent is doing.

In singleplayer you can earn different cards and characters as you explore different areas of Aea. Icy plains and lethal rainforests will become the standard battlegrounds for your missions as you unlock new regions, complete battles, and capture strongholds. In multiplayer you can use your deck that you’ve built in singleplayer to take on other human and computer opponents. What better way could there be to test out your deck than taking on some of Aea’s strongest and climbing the leaderboard in the process.

How will you fare in the world of Aea, a land of unknown magic and new technologies?