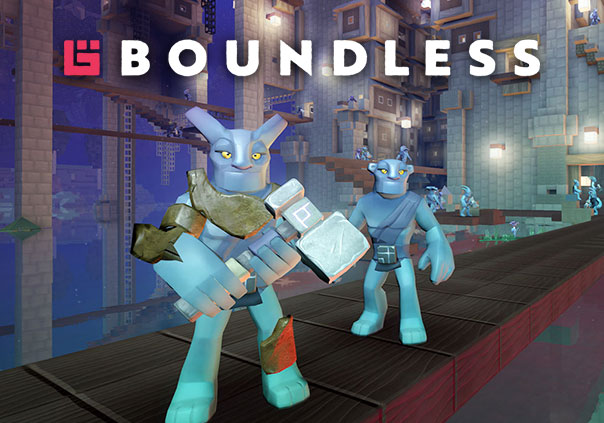 Developed by Wonderstruck studio and published by familiar Square Enix Collective, Boundless is a pay to pay, no subscription voxel based exploration and survival MMO. You play a descendant of the Oort, an advanced race whose civilization is lost to time. When the great migration is announced, you and many of your fellow descendants leave your homeworld using portal stone technology to travel from planet to planet, gathering resources and building new settlements and civilizations.

The game has a strong focus on multiplayer interaction, with craft-able shops, a politics system, and dynamic events where more than one person is recommended. There are no classes in Oort, but you can allocate skill and stat points to specialize in various roles, such as explorer, merchant, crafts-person, or builder.

Property is protected by beacons which can be fueled for up to a month at a time. Outside of the beacon the world regenerates periodically, meaning there’s no strict limit on resources available.

Boundless has been called “Minecraft 2.0” by some, but in truth it goes way beyond that simple designation.