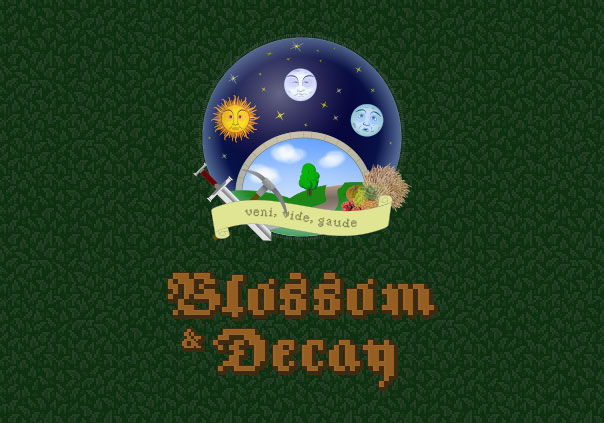 Blossom & Decay is a fantasy sandbox MMO ARPG being developed by KonspiracyGames for compatible Internet browsers. In Blossom & Decay players can develop their own unique story experience in an open world filled with action combat, survival mechanics, and crafting!

Combat in Blossom & Decay is action-oriented and as such players will have to make sure they are swinging in the right direction and at the right distance to hit their foes. You will need to employ skill in this combat system, not merely calculating how much damage your next strike will do. Allies will need to be even more careful with their aiming since there is no protection against friendly-fire. You don’t want to be killing your allies in the midst of combat!

Stamina will also need to be monitored while in battle since every weapon and armor-based skill you use will drain it. Skills are tied to the items you acquire in the game and items can come in varying levels of power. You’ll want to make sure you’ve got the best gear possible before you go out adventuring because if you die all of your loot drops to the ground and could be lost forever if you can’t reclaim it quick enough!

As you explore, quest, and forge your story you’ll encounter a variety of enemies that would like nothing more than to kill you where you stand and make you lose your items. Ghosts, zombies, skeleton troopers, slimes, archers, and more will be waiting around every turn. Make sure to keep your eyes peel and watch out for the Boss as well. You don’t want to run into him while unprepared!

If you’re looking for a change from the typical MMO, then Blossom & Decay might just be for you! With a focus on balanced gameplay and helping players create their own story it is sure to set itself apart.