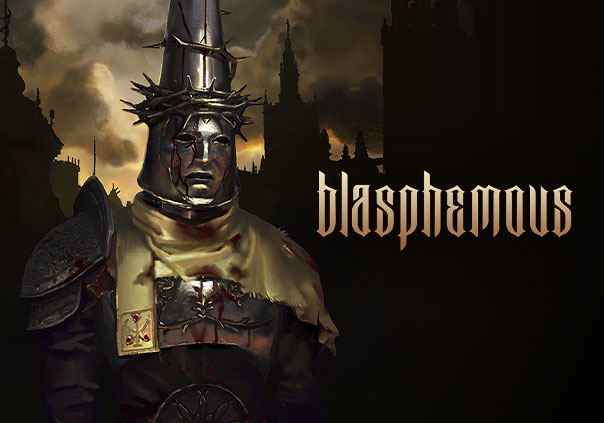 Blasphemous is a punishing, brutal Metroidvania game set in a dark, gothic world. With a sword born of guilt, the Penitent One hacks and slashes through grisly, horrific monstrosities. Players will explore open areas, discover secrets, and attempt to bring redemption to this land.

Story: Cvstodia has been ravaged by “The Miracle”, which was a terrific curse, bringing sorrow and misery. The Penitent One is the only survivor and wields a mighty greatsword, Mea Culpa. This sword was forged from guilt and used to slaughter the monstrosities in his way. Cvstodia is bathing in anguish, and it’s up to The Penitent One to reach the origin of all of this dread, and attempt to redeem this land, once and for all.

► A New (Open) World: The Metroidvania genre is popular, but this is a new, unexplored world. Cvstodia has plenty of areas to explore, discover new powers, and challenges to overcome.

► Retro, But Mature: Blasphemous uses the retro pixel art design seen in many Roguelikes and Metroidvanias, but opts for a more mature, brutal style of art. This helps it stand out among the other games in the genre. If you’re looking for brutal executions, sickening combos, and a brutal take on religion and redemption, this is exactly what you are after.

► Customization: There’s no wrong way to build The Penitent One. You will have a variety of Rosaries, Prayers, and other powers to unlock to demolish the forces of darkness.