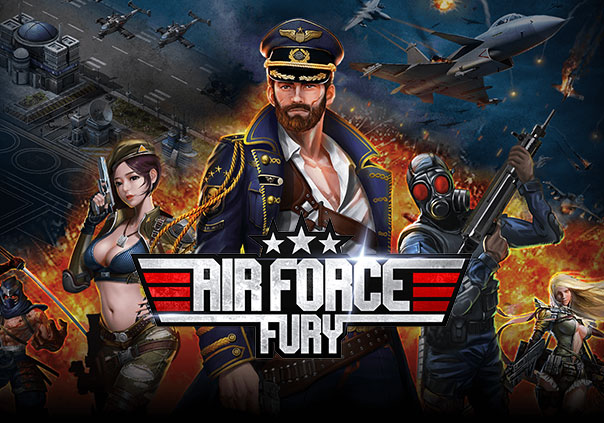 Air Force Fury is a free to play 2D mobile strategy game developed by E-Link Entertainment for iOS and Android. In Air Force Fury players can construct their own air force base, using their bombers, fighter jets, gunships, and more to dominate the skies. Resources will need to be acquired and spent in order to expand and upgrade your base to acquire new, exciting units to use.

Special Heroes will also be key to how successful your air base becomes. Over 35 unique heroes can be recruited in the Hero School and each one will come with its own unique skills and buffs that will become invaluable in missions.

Air Force Fury also contains an alliance system for players to take part in. By joining up with like-minded players from around the world you will be able to reap benefits like more resources, buffs, gifts, battles, and new missions. Alliances can even be tracked on a global leaderboard so players can see just how well they are holding up against enemy Alliances.

By completing numerous campaign missions, keeping track of your enemies on a real-time world map, and eliminating all members of the opposition you’ll become one of the most feared air-combat Commanders around.