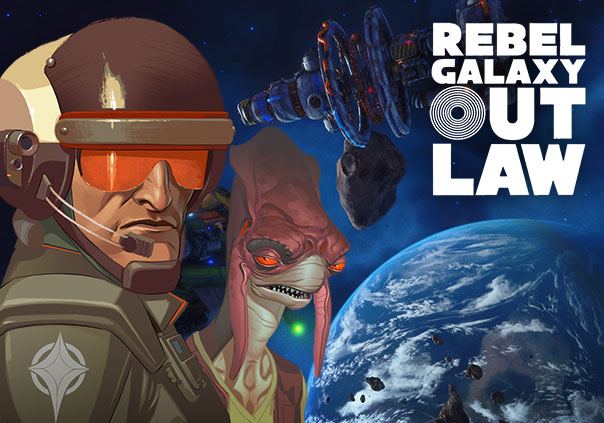 Double Damage Games brings you a sequel to their wildly popular Rebel Galaxy game. Play as Juno, a tough as nails pilot with a grudge. Help her accumulate wealth to upgrade the rust bucket she’s stuck in after an encounter with her husband’s killer doesn’t go so well.

When you’re not cruising around the galaxy in your customized ship, listening to 7 radio stations with over 20 hours of music, relax at the cantina over a game of 8-ball, or drop a couple bits on a game of classic StarVenger. Rebel Galaxy: Outlaw also has something REAL big that the original Rebel Galaxy didn’t: a Z axis. Fly your ships up and down for a true ‘out in space’ feel.